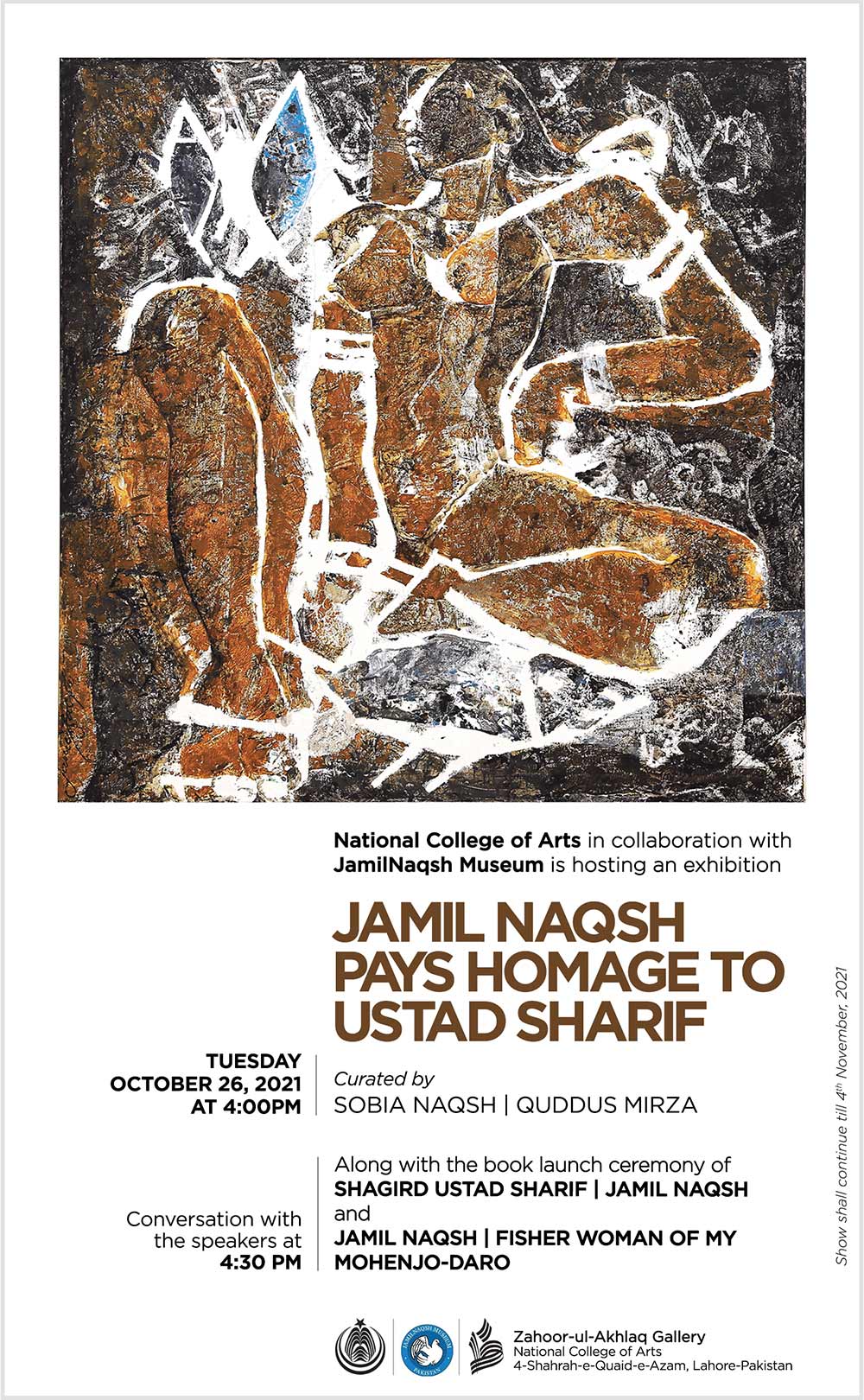 In the realm of art, the relationship of a student and teacher is as complicated and unexplainable as many others – intense relations. In creative fields an individual teaches through different courses. Direct contact, in the form of works, with words, setting up example, or just being present in the same time and space.

In the middle of twentieth century, Mayo School of Art offered both formats of training. It was only a matter of fate and fortune, that Jamil Naqsh joined the classes of Haji Muhammad Sharif and grasped technique, imagery – and most of it, the aesthetics of miniature painting from a teacher who belonged to linage of master painters, who were associated with a court and patron to produce works that now adorn museums around the world.

In these interpretation of miniature paintings, Jamil Naqsh pays his respects to his teacher, who spent years training students in the art of miniature painting at the National College of Arts (NCA), at the same instance he is part of a phenomenon, usually phrased as the revival of miniature painting. Because Jmail Naqsh is part of painters (Shakir Ali, Zahoor ul Akhlaq, Bashir Mirza) who investigated the aesthetics, imagery, and content of the traditional art of miniature (each adapting his own route). Those who could be classified a generation, that is a bridge between A. R. Chughtai – and Shahzia Sikander, Imran Qureshi, Nusra Latif Qureshi, Aisha Khalid, Mohammad Zeeshan and several others.

The exhibition at the Zahoor ul Akhlaq Gallery is just a step to bring together the homage of a painter paid to his late teacher, and to entire tradition of image making – through which Jamil Naqsh blends the past and the present, personal and public, poetic and painterly.