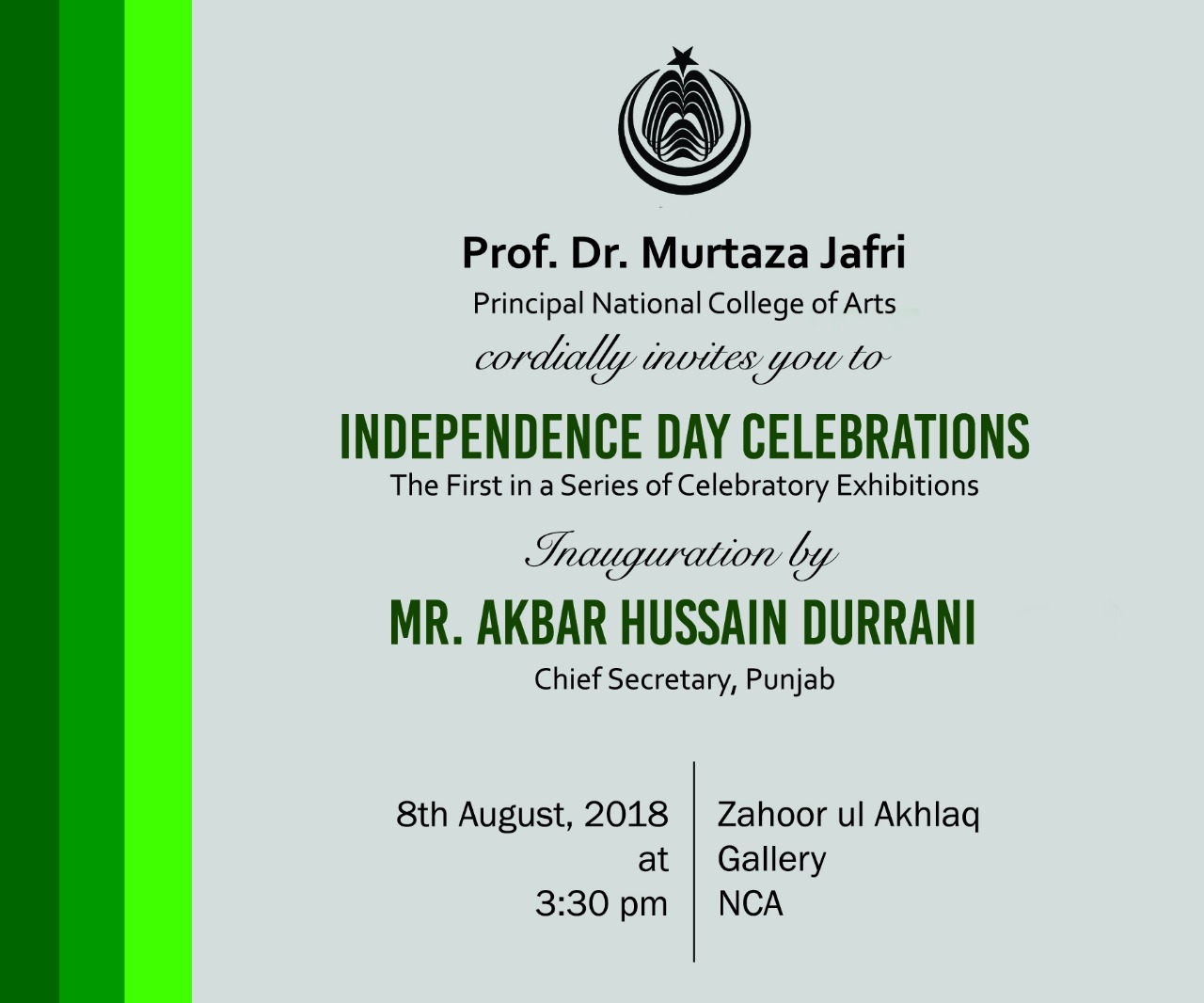 1947 was a time of great unrest for the Subcontinent. It meant the disruption of life- and normalcy did not return for many, until a much later time. It was during this time of violence, fear and uncertainty that the ideals of a new homeland strove to buoy the spirits of political workers and student leaders. Countless men and women marched to the beat of Pakistan’s drum, striving to create a land of peace and prosperity, equality and justice.

The National College of Arts celebrates Independence Day 2018 with a series of exhibitions featuring various aspects of the Partition.

The Inaugural Exhibition showcases rare photographs from the NCA Archives. The partition campaign, rallies, Quaid-e-Azam Mohammed Ali Jinnah’s personal effects, stamps of political and social personalities, conditions at the refugee camps, and the Quaid and Mohtarma Fatima Jinnah’s leading roles, make up a small portion of the records available at the NCA Archives.