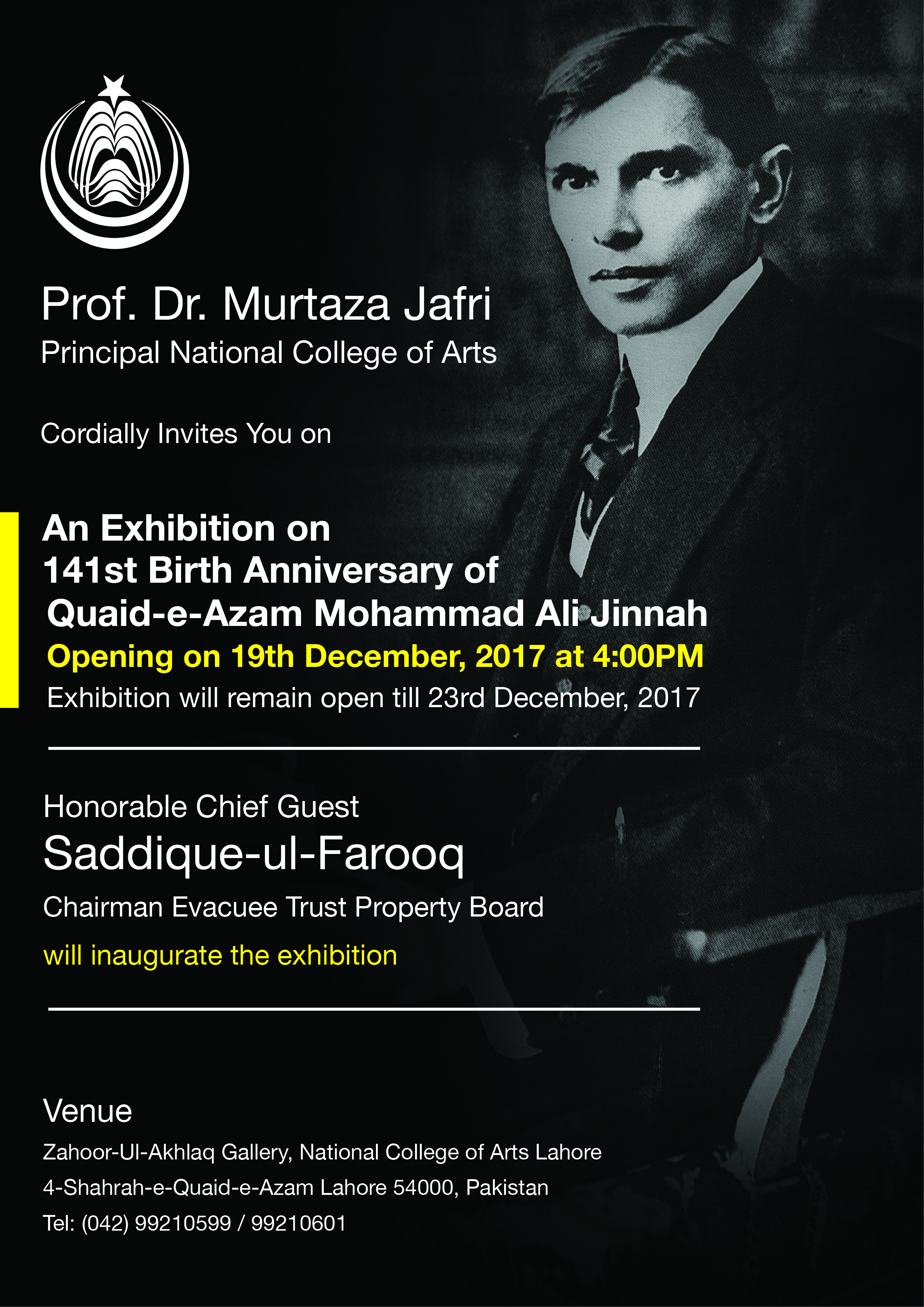 Mohammad Ali Jinnah stood for the nation through his historic struggle for the Muslims of the Sub continent for an independent country of their own. He was his called Quaid- e-Azam for the contribution in awakening men and women from minorities communities to the significance of independence and the importance of their own role in it. The days and weeks following independence were full of tragic losses and displacement of millions of people. Quaid-e-Azam Mohammad Ali Jinnah along with his sister, Mohtarma Fatimah Jinnah, picked the gauntlet and actively participated in providing solace to the people in findings ways and means to settle them as soon as possible.
National College of Arts, through its Archive Department has come up with an amazing selection of images that take the viewer back to that time and feel the role our leader Quaid-e-Azam Mohammad Ali Jinnah played for Pakistan's independence.
This exhibition is a tribute to his contribution in leading from the front in all spheres of life in the country, be it politics, social work, humanitarian effort, health initiatives and educational activity. He knew the importance of education, and education of women in particular, if the country was to develop and advance in the decades to come. His whole hearted and selfless involvement in nearly all sectors of life, particularly focusing on humanitarian work, serves as an example to those who only call for rights and forget the challenges of enjoined responsibilities. Looking back it was a self sacrificing, lifelong effort that has shone brightly though the seventy years of our independent existence, and must be celebrated.
The exhibition was inaugurated by Saddique-ul-Farooq, Chairman, Evacuee Trust Property Board (ETPB) on Tuesday 19th Dec, 2017 at 4pm at Zahoor ul Akhlaq Gallery, National College of Arts, Lahore. Principal Prof. Dr. Murtaza Jafri with the faculty, students, staff and general public was celebrating the hundred and forty one birth anniversary of the Founder of the Nation, Quaid-e-Azam Mohammad Ali Jinnah.
The show will continue till 23rd December 2017.