We the Peoples,
We the Arts 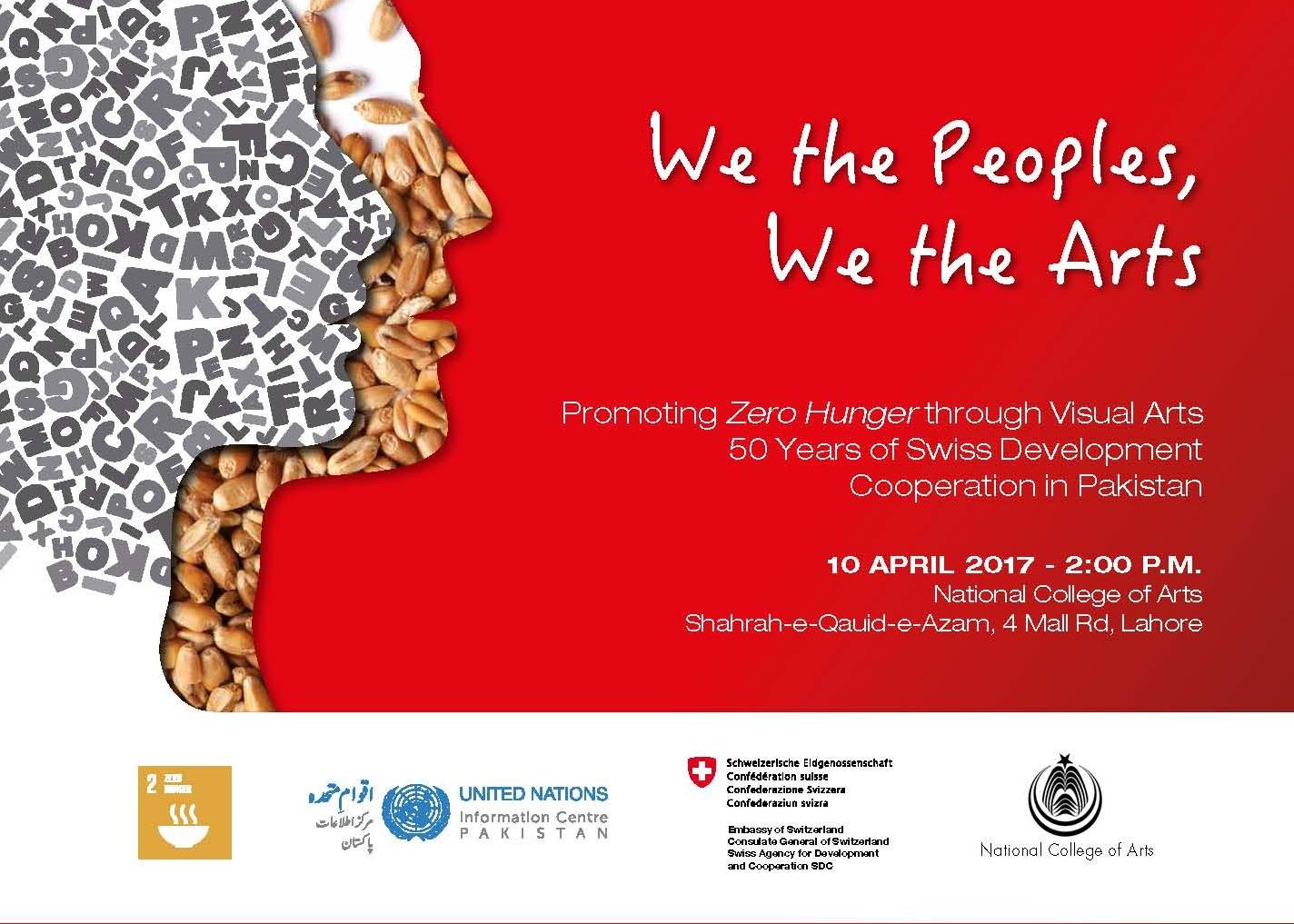 The world is one and many at the same time. In its physical existence it is one globe, but in its political and cultural reality it is divided into countries, nations, and states. Borders, which statesmen, political leaders, and national armies reinforce and safeguard; but when it comes to writers and artists, they try to make bridges between national, cultural and political boundaries, and bring human beings from different and distant locations closer. As artists creates connections, Thus in the present exhibition there are common elements that join world into one entity. Issues such as hunger, and right to information are a few points every human being associate and identify with. The art, which emerged out of this joint project, reveals how the individuality of an artist and the collaborations of others can produce works that are distinct due to their originality, vigour and vitality. Like our other colleagues in this project, The Department of Fine Arts, National College of Arts, Lahore is proud to be part of this endeavour that is significant for its community conscious nature and important for its creative supremacy.